At the CTN, many of our investigators are experts in hepatitis viruses and we have supported, and continue to support, several studies on related topics. In this article, you can meet several CTN researchers and learn about how they contribute to the treatment and care of people at-risk of or living with hepatitis.

Incarcerated but not forgotten 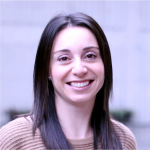 You may have recently read our story on Dr. Nadine Kronfli and her investigations into the impacts of COVID-19 on Canadian prison populations. Well, her focus on advocating for these members of society doesn’t stop there. For several years, Dr. Kronfli has been interested in how hepatitis C (HCV) impacts people in prison and the barriers and facilitators to care.

HCV is more prevalent in prisons than in the general population, largely due to injection drug use. As a result, people who have been both incarcerated and injected drugs have been identified as a priority population for HCV micro-elimination in Canada. Dr. Kronfli has conducted much research into access to HCV testing, access to HCV treatment, and barriers and facilitators to HCV care. Most recently, she co-authored a review, published in The Lancet Gastroenterology & Hepatology, highlighting priority areas and best practices for improving HCV care in prisons, such as reducing stigma and implementing harm reduction programs. You can discover some of Dr. Kronfli’s work on HCV and incarceration on PubMed. 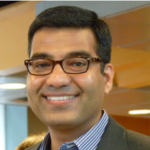 In addition to his role as a CTN Investigator and Chair of our Scientific Review Committee, Dr. Naveed Janjua is a scientist at the Centre for Health Evaluation & Outcome Sciences (CHÉOS), senior scientist/executive director of Data and Analytic Services at the BCCDC, clinical associate professor at UBC School of Population and Public Health, and senior scientist of the BC Hepatitis Testers Cohort (BC-HTC).

The BC-HTC was established in 2013 as a collaboration between the BCCDC, Ministry of Health, and BC Cancer Agency. It includes everyone in the province who has been tested for HCV or HIV, or been diagnosed with hepatitis B, HCV, HIV, or active tuberculosis since 1990. Since its inception, the cohort study has been increasing our knowledge and understanding of HCV, treatment uptake and effectiveness, impact on long-term outcomes, and program progress, in order to inform policy and programming across the nation. Click here to learn more.

Breaking down barriers to care 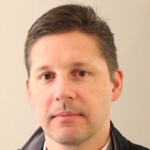 Dr. Curtis Cooper is co-leader of the CTN’s Co-infections and Related Conditions Core, which aims to improve the prevention, diagnosis, management, and treatment of HIV, HCV, and other STBBIs and emerging co-infections and their related health impacts. Dr. Cooper is also director of The Ottawa Hospital Viral Hepatitis Program, where he conducts trials such as this one, which studied a combination of four new antiviral medications, called the Holkira Pak, to determine if it could be an effective curative treatment.

At the CTN, Dr. Cooper co-authored the 2016 Updated Canadian HIV/Hepatitis C Adult Guidelines for Management and Treatment, sharing updated guidance for addressing patient workup and treatment preparation, antiviral recommendations overall and in specific populations, and drug-drug interactions. He is also principal investigator of a number of CTN studies including CTN 289, which assessed the benefits of treating HIV/HCV co-infected patients with elvitegravir/cobicistat/emtricitabine/tenofovir alafenamide followed by ledipasivir-sofosbuvir. 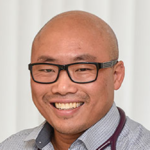 Dr. Alex Wong is a fairly familiar name in the press, lending his expertise to articles on infectious diseases such as HIV,COVID-19, and viral hepatitis. He primarily focuses his research and clinical duties on marginalized populations, including people who inject drugs, live with substance use disorders, or are in prison. In 2020, Dr. Wong and his study team assessed data from 20 cohorts across six countries to determine how effective Epclusa (a sofosbuvir/velpatasvir drug produced by Gilead) is for treating incarcerated people living with HCV. They determined that adherence and efficacy were high among this population, and there was no difference in cure rate among people who started their treatment at different time points since diagnosis.

In addition to his work with marginalized populations, Dr. Wong has contributed to the development of guidelines such as the 2016 Updated Canadian HIV/Hepatitis C Adult Guidelines for Management and Treatment, co-authored with Dr. Cooper and other fellow CTN Investigators. 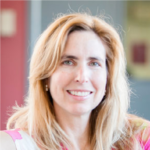 CTN National Co-Director Dr. Marina Klein is a senior clinician–scientist and research director of the McGill University Health Centre Chronic Viral Illness Service, a Tier 1 Canada Research Chair, and a Canadian Academy of Health Sciences fellow. She is internationally recognized as an expert in HIV and HCV and currently leads CTN 222: the Canadian Co-infection Cohort study, one of the largest multicenter cohort studies focusing on HIV/HCV co-infection in the world, involving more than 2,000 participants from across Canada.

CTN 222 began life in Montreal in 2002. It was funded by the CIHR in 2005 and then received support from the CTN starting in 2007. The study is examining the effect of antiretroviral therapy (ART) on liver disease progression in people co-infected with HIV and HCV. The research team has published dozens of manuscripts sharing their findings to date. Many of these findings have influenced Dr. Klein’s research agenda, which is now focused on “developing and implementing interventions and novel care models with the goal of improved diagnosis, management and prevention of HCV in vulnerable populations.”

You can learn more about the work we have supported in hepatitis C and other coinfections on our website. 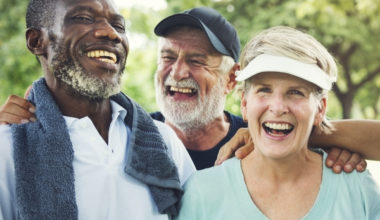