In Canada, gay, bisexual, and other men who have sex with men (gbMSM) are disproportionately affected by HIV. Just 2–3% of the Canadian population identify as gbMSM, but they account for over half of all new and existing HIV infections. CTN 300: The Engage Cohort Study aims to understand this burden by documenting the real-world uptake of current HIV and STBBI prevention strategies, and identifying gaps in care in this community.

HIV pre-exposure prophylaxis (PrEP) and antiretroviral therapy (ART) are highly effective in preventing HIV infection among HIV-negative gbMSM. PrEP is a drug that works to prevent HIV-negative people from acquiring HIV, while ART can suppress the viral load in people living with HIV to a level that prevents transmission of the virus. However, with PrEP only recently being approved in Canada (2016), it is important to understand what might affect its uptake by gbMSM. 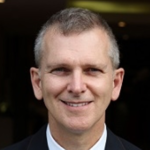 “Engage started when we were awarded a CIHR Advancing Boys’ and Men’s Health Team Grant led by Dr. Trevor Hart. Our aim was to do a cross-sectional study of gbMSM in Montreal, Toronto, and Vancouver, as similar biobehavioural surveillance research hadn’t been done there since 2009,” explained Dr. Cox. “We needed new information on the impact of HIV and STBBIs among gbMSM and to understand the barriers and facilitators to accessing and using current prevention and care interventions.”

A total of 2,449 gbMSM were recruited for the study. Of the 2,008 who were either HIV-negative or didn’t know their status, 1,159 met clinical recommendations for PrEP. Almost all of these men were aware of PrEP, and half even felt they needed PrEP at some point in the previous six months, however, only one in five had actually used the preventative drug.

“We asked participants in all three cities to complete a questionnaire that covers different dimensions related to sexual health, including a section on HIV prevention and care,” said Herak Apelian, coordinator for the Engage Study in Montreal. “The questionnaire itself was developed using several published models and frameworks. The access to health services section, including access to PrEP, was developed using the conceptual framework proposed by Levesque et al. The Levesque model describes access to care through the lens of an individual’s ability to identify health service needs and to seek, reach, and obtain services.”

The respondents described several barriers to the use of PrEP. Some didn’t like the idea of regular PrEP follow-up visits, while others were not sure where to get a prescription or they didn’t perceive their risk of HIV as high enough to use PrEP. Additional barriers included lack of medical insurance, lack of access to a primary care provider, and difficulty connecting with a doctor who accepted their sexual behaviours and was willing to prescribe PrEP.

These findings highlight two important avenues for improvement: more information about PrEP for the community and more, or different, education for primary care providers. 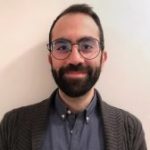 “Community information campaigns and peer-based programs could be used to guide men regarding the scope of their HIV risk and the potential benefits of PrEP, ultimately affecting motivations to use PrEP,” said Apelian. “Meanwhile, primary care providers should ideally be taught about PrEP and access to care during their training and then ensure their knowledge and understanding remains current through continuing professional development programs.”

“There is a collective interest in optimizing HIV prevention for gbMSM, particularly if we are going to meet the global aim of eliminating HIV as a public health threat by 2030,” said Dr. Cox. “Studies like Engage are important because they allow us to document and inform prevention and care for people at risk of, or living with, HIV in order to improve health outcomes.”

The Engage Cohort Study is CIHR funded until 2023. The team will continue this valuable research on how the HIV and STBBI landscape is changing among gbMSM in Canada. The CTN is continuing to support this study, CTN 300-2.